“Is Young Master at home?”

Upon hearing this, Huang Rumeng felt like she was electrocuted, retracted her hands, blushed, and ran back into the house.

“What bad timing!” Sun Hao shook his head for a while. This voice was a bit strange yet also familiar. Who the hell was it? Even disturbed him at a critical moment. Unforgivable!

“Who is it?” Sun Hao’s voice showed a trace of anger.

Outside, Ning Mingzhi, who heard this sound trembled.

Young Master seemed to be angry. Could it be because he took too much time and did not meet Young Master’s requirements? That must be it! He shouldn’t contradict the Young Master! Thinking of this, Ning Mingzhi nodded faintly. After a long sigh of relief, he said, “Young Master, it’s me, Ning Mingzhi!”

“Ning Mingzhi?” Sun Hao frowned slightly, and his eyes widened in an instant.

It’s him! That scholar! No, he should be a monk now. But it could not be possible? Sun Hao forgot to tell the address. How did he find his way here? He also seemed to be a mortal! Was it possible that an expert was guiding behind him? No matter what, someone willing to listen to his chanting, it won’t be so boring.

Opening the door, the scene in front of him made his pupils shrank. He saw a horse, a pig, and a monkey standing behind Ning Mingzhi. Wasn’t this the four-person group of monk and apprentices in Journey to the West?

“Brother Ning, if you can find another demon, you can go on a journey to the west!” Sun Hao said.

Find another demon? Journey to the West? Was this a new test from Young Master? Absolutely! This must be written down! Ning Mingzhi nodded secretly, taking this to his heart.

“I have seen Young Master!” Ning Mingzhi put his hands together and performed a Buddhist courtesy.(1)

“Brother Ning, please come in. How did you find this place?” Sun Hao asked.”

“Young Master, Mingzhi was a bit slow-witted. I thought for a long time before I understood your guidance!” At this point, Ning Mingzhi spread out the picture scroll and pointed to a majestic mountain, “Young Master, look at the Great Demon Mountain you painted! I usually read a lot of books, and I saw the appearance of Great Demon Mountain in the books, which I didn’t think of until later!” Ning Mingzhi said.

Hearing this, Sun Hao looked like he was seeing a monster. He just accidentally drew a picture of Great Demon Mountain, but he could guess that he lived here from the painting.

Really a monster(2). It can’t be considered as a mortal at all. However, the matter that he was disturbing cannot be exposed.

“Brother Ning, what are you coming here today for?” Sun Hao asked.

“Young Master, the little monk is here to listen to your chanting!” Ning Mingzhi said.

“So that’s it! But I won’t read the scriptures today, please go back!” Sun Hao said.

“Please do as you wish!” Sun Hao said.

“Young Master, can I build a house under the mountain?” Ning Mingzhi asked.

“The little monk is going down the mountain first!”

It was impossible to give anything to a mortal! It was a waste to give it away. Not to mention, he disturbed him today. He was so hard, ready to snap his restraint. Unexpectedly, the atmosphere was completely destroyed by him.

“Forget it, it’s important to work hard to collect the blessing points! Ms Liuyan and the others have gone back, and there is no place to collect the blessing points! Don’t they always eat vegetable dishes here every time, are they not used to eating them? They come again in a few days, so I have to catch a fish first. They seemed to really like the rice eel last time! Then should I go to Ghost Dragon Lake to fish a net? Well, then tomorrow I’ll ask Rumeng to take me there!” Thinking about this, Sun Hao walked into the courtyard.

In a barren mountain in the Western Region. Dark clouds pressed on top, lightning flashed and thundered. The heavy rain poured down without any intention of stopping. In less than a moment, flash floods erupted and hit the mountains.

The floods poured down the mountains with a thunderous rumbling sound. The entire mountain range collapsed suddenly. A loud explosion noise came from below the mountain again. Dust and mud rose to the sky.

“Aoo!” A long howl resounded through the world. The thunder in the sky was suppressed. A yellow flood dragon soared to the sky, tossing in the dark clouds, fusing with lightning.

“Zizi …” The violent electric light blasted on the yellow dragon and merged with it. The yellow flood dragon’s body was undergoing rapid changes.

With dragon horns and dragon beards growing on its head … the scales on its body became more and more indestructible as the electric glow tempered it.

Seeing this scene, Huang Jiao’s complexion changed drastically, the scales on its body flared up.

“Boom!” Nine-colored thunderbolts rushed together, slammed down on it instantly.

“Zizi…” Nine-colored thunder light wrapped it up in an instant, making a sizzling noise. The scales on its body disintegrated. Its whole body was scorched black. The smell of barbecue spread in the air.

The light of thunder tribulation dissipated after a long time.

Huang Jiao, no, it should be Huang Long. (3) Now, its appearance has completely changed. Its body exudes the aura of a dragon. It transformed successfully. Golden gleaming scales surrounded its whole body.

Sometimes flying here, sometimes flying there, it was so happy. The abrupt rain ceased, the dark clouds dissipated, and the sky became clear again. Huang Long floated in the sky, looking down on the world.

“Haha …” Huang Long looked up to the sky and laughed like crazy. “It’s transformed into a dragon. I finally transformed into a dragon, haha … From now on, I can return to my clan and become the Supreme Dragon! Xiao La, I don’t know how you are progressing? I will come to you right away! But before that, I need to get something to eat to pad my belly!” Huang Long stared straight ahead, mumbling.

Suddenly, it moved like a flash of lightning rushed in the direction of Ghost Dragon Lake. In the blink of an eye, it disappeared.

Not long after, it left. A phantom was condensed in the sky, and it was the Thunder Tribulation Giant.

He looked in the direction of Huang Long’s disappearance, secretly wiped a cold sweat.

“The ancient dragon clan is powerful! I gave him the strongest Thunder Tribulation, and it even survived it! I finally came across someone who crossed the Tribulation, but it was so strong! What should I do? If this continues, this year’s performance will be zero!” Thunder Tribulation Giant’s face was bitter, and his figure slowly disappeared.

Jiao (what was translated as Flood Dragon), Long (full-fledged dragon). 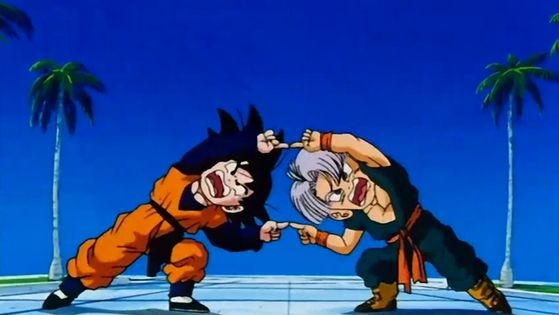 Jiaolong(the legendary dragon that could control rain and flood) 😛

*If you like what you read why not join our Patreon for more chapter and support this website!

We use cookies to ensure that we give you the best experience on our website. If you continue to use this site we will assume that you are happy with it.Ok